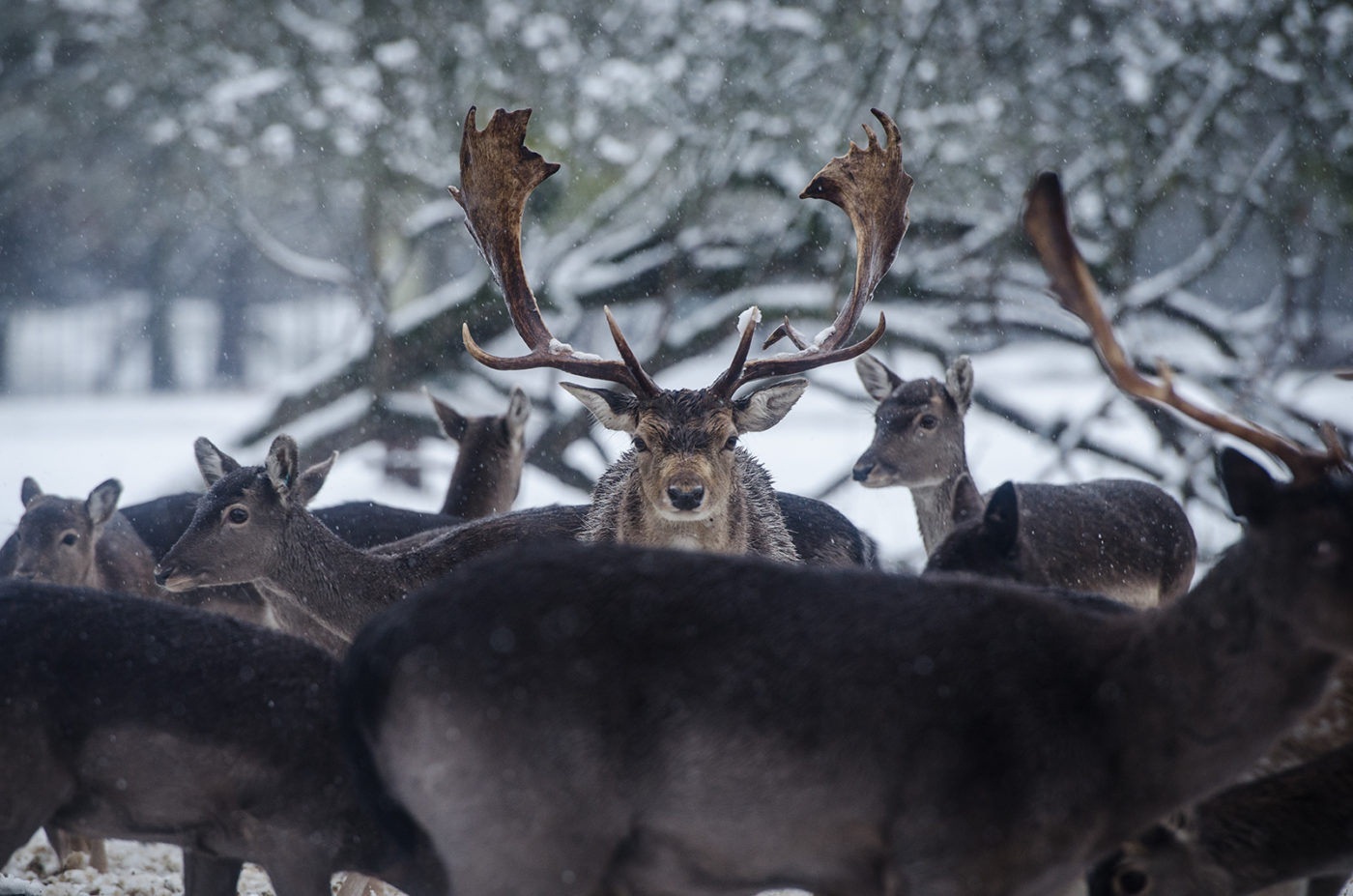 Magdalen College was founded on the site of the medieval hospital of St. John in 1458 by William Waynflete, Bishop of Winchester and Lord Chancellor of England. He received a grant of the then-dilapidated hospital buildings together with the adjoining land in order to found his College, which he envisioned from the beginning as a grand edifice, constructing the largest quadrangle in Oxford at the time. Five centuries later, the College bustles with ever more human activity, as numbers of undergraduates, postgraduates, and Fellows continue to grow. Yet, alongside the grand human edifice, Magdalen features extensive grounds, hosting a variety of flora and fauna that complement the history of biological study in the College and University. 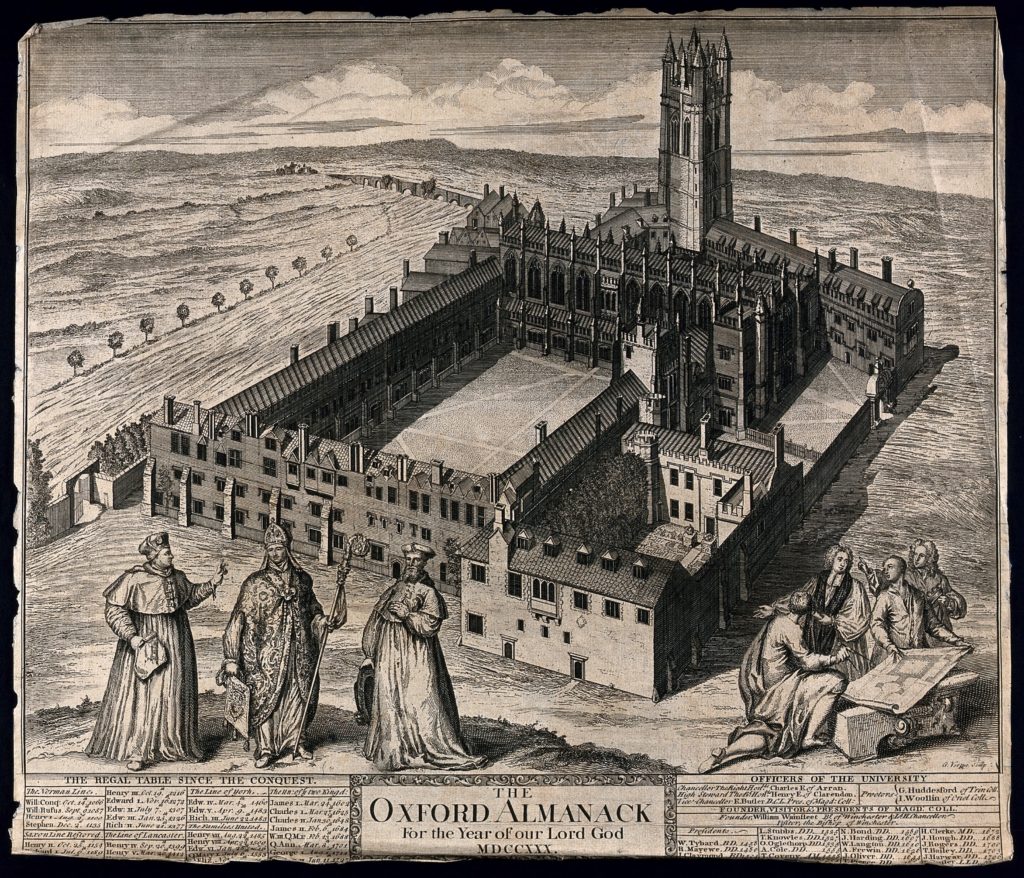 The flora of Magdalen is divided into three main strands: the Magdalen lilies, Botany at Magdalen, and the Magdalen grounds. In the Magdalen Lilies, we describe how the Madonna lily, Lilium candidum, came to be on the Magdalen coat of arms – a story that links back the symbolism of lilies through the ages and to the founder of the College, William Waynflete. We see how lilies have been used in both art and to decorate the College from bookplates to wallpaper. In Botany at Magdalen we explore the strong links between the College, the Botanic Garden, and the Plant Sciences Department. This takes us on a journey from the College leasing the land for the building of the Botanic Garden, to plants from the College grounds which were transferred between College and Garden, and finally through to the ways that the Sherardian Professors of Botany have helped shape the gardens and the teaching of Botany in Oxford over the last 300 years. Finally, in the Magdalen Grounds, we focus on the other floral icon of the College, the fritillaries: famous for their blooms in the College’s Water Meadow.

More than most Oxford colleges, though, Magdalen is also home to a variety of animals – from the famous deer herd to the occasionally glimpsed wild birds and mammals inhabiting the college’s extensive park land. These extensive grounds, a lucky consequence of having been the first college founded outside Oxford’s old city walls, have allowed the College to play host to a long history of animal life, from the President’s horses to prize-winning pigs. Animals have lived within college walls for a variety of reasons as well. In most parts of the Western World, the past century has seen a retreat of animals from the day to day lives of city-dwellers, with once pervasive working and feral animals increasingly replaced and removed, and non-human species being reduced only to our various pets, and the few robust species that make their homes in our cities. The history of Magdalen’s fauna is no different: this site, along the many branches of the Cherwell, began as ancient wild territory teeming with animal life. Waynflete’s College, and the Hospital of St. John before it, introduced human order, but continued to be places where animals lived and worked, and fauna formed (and still form) an important part of the College’s aesthetic, both ornamentally, and in the form of pets and sporting animals. Like the rest of the city, the horses and pigs are gone now, but Magdalen’s rivers and parks mean that within its great wall there is still space for some animals – in many ways, returning the animal presence on the site to its wild beginnings. 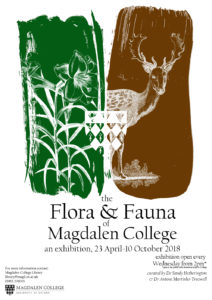 Flora and Fauna intersect at Magdalen Re-imagined. In this section, we explore what was and what could have been if the plans produced by the various architectural reforms of College proposed in the 18th and 19th centuries materialised. It is hard to imagine the impacts on both the deer herd and the fritillaries if the water meadow had been transformed into a boating lake, as planned by Humphry Repton and his ‘Red Book’, the centrepiece of this exhibition.

This online exhibition is a version of the physical exhibition of the same name that was mounted at Magdalen College from 23 April to 10 October 2018.